But big things were expected in 2020 with that younger group and a mixture of “high-caliber” seniors – including Lauren Tillman, Heather Khieu (pictured at right), Madison Stoltzman, Elise Adix, Anna Beaverson and Christina Bolcer. 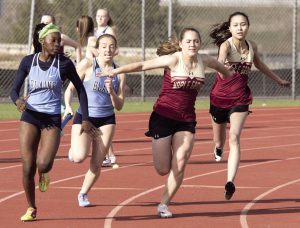 There were only a few days of practice before the season was first suspended on March 13, but coach Jen Riewe said that there was excitement and a lot of talk about achieving goals together. And unlike previous seasons when outside practices were delayed due to poor weather and snow still being on and around the track, this past spring was warmer which allowed for the girls to be outside on day one….