This past weekend, the Maple Grove Varsity Competitive Cheerleaders (below left) were recognized for their academic and sports achievements.

On Friday night, they received the RAH! award for Regional Academic Honors, which is an award given to one cheerleading team per region for their academic achievements by having the highest overall team GPA. 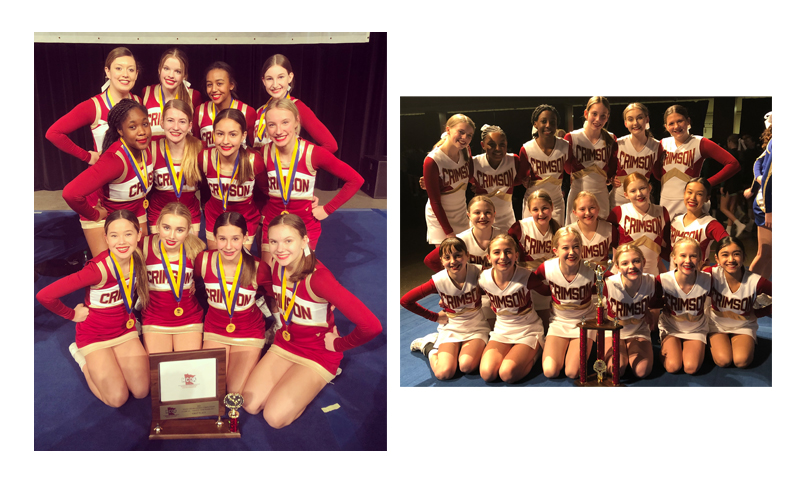 The JV Competitive Cheerleaders (above right) competed at the State Competition as well. They earned 3rd place in the Junior Varsity Tumbling Division in the state of Minnesota.

We are so excited to finish our season at Nationals in Orlando, FL this weekend!