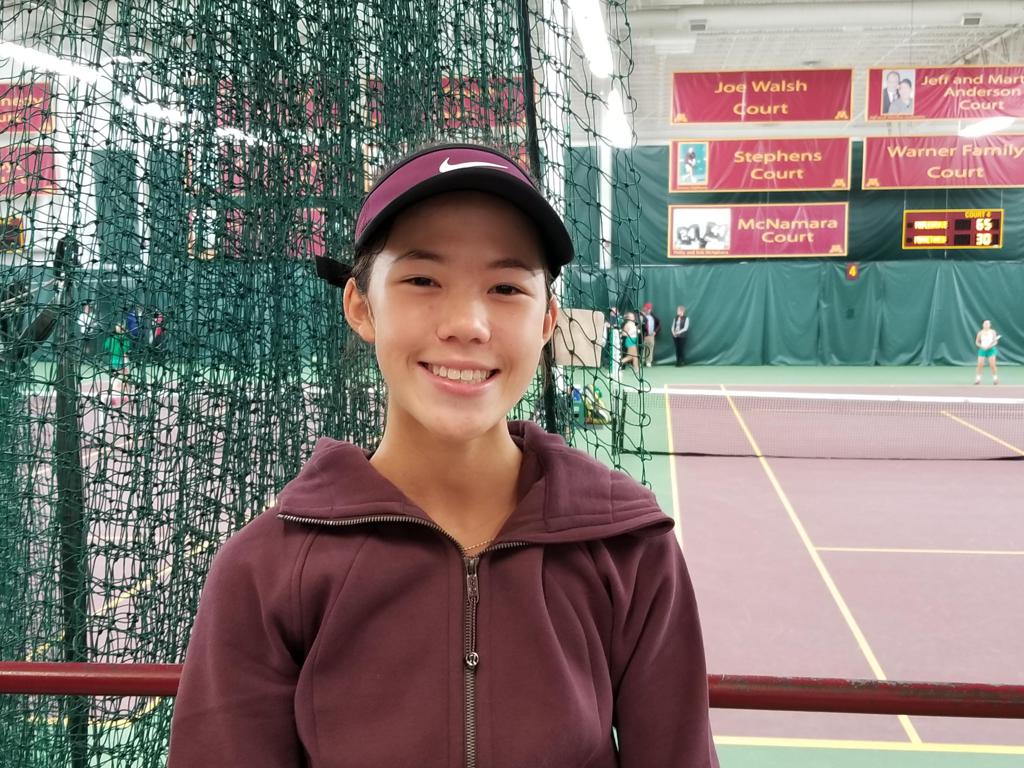 Maple Grove freshman Zoe Adkins (pictured above) doesn’t have a seed number next to her name in the Class 2A state singles bracket. But they’re just numbers.

She proved that when she knocked out two seeded players in her two matches of the girls’ state tennis tournament Thursday at Baseline Tennis Center at the University of Minnesota. Adkins is in her third consecutive state tournament.

“I’m just really happy that I played better this year,” Adkins said. “Because last year at state, I didn’t play as good. I wasn’t able to compete as well. This year, I’ve gotten a lot better.”

She defeated No. 5-seeded Kelsey Dorr, a senior from Princeton, 6-4, 6-2 in the first match before defeating No. 4 seed Annika Elvestrom, a fellow freshman and top singles player from Minnetonka, 6-3, 6-0. Adkins earned her state tournament first victories after going 0-2 each of the past two years…