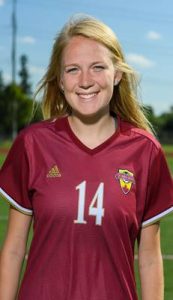 The Athena Award is given to an outstanding female athlete from each school that is based on excellence in individual sports and accomplishments in team sports.

The main criteria for the award is athletic accomplishments, with other achievements being secondary.

Meredith has signed a NLI to play soccer this fall at the University of Michigan.